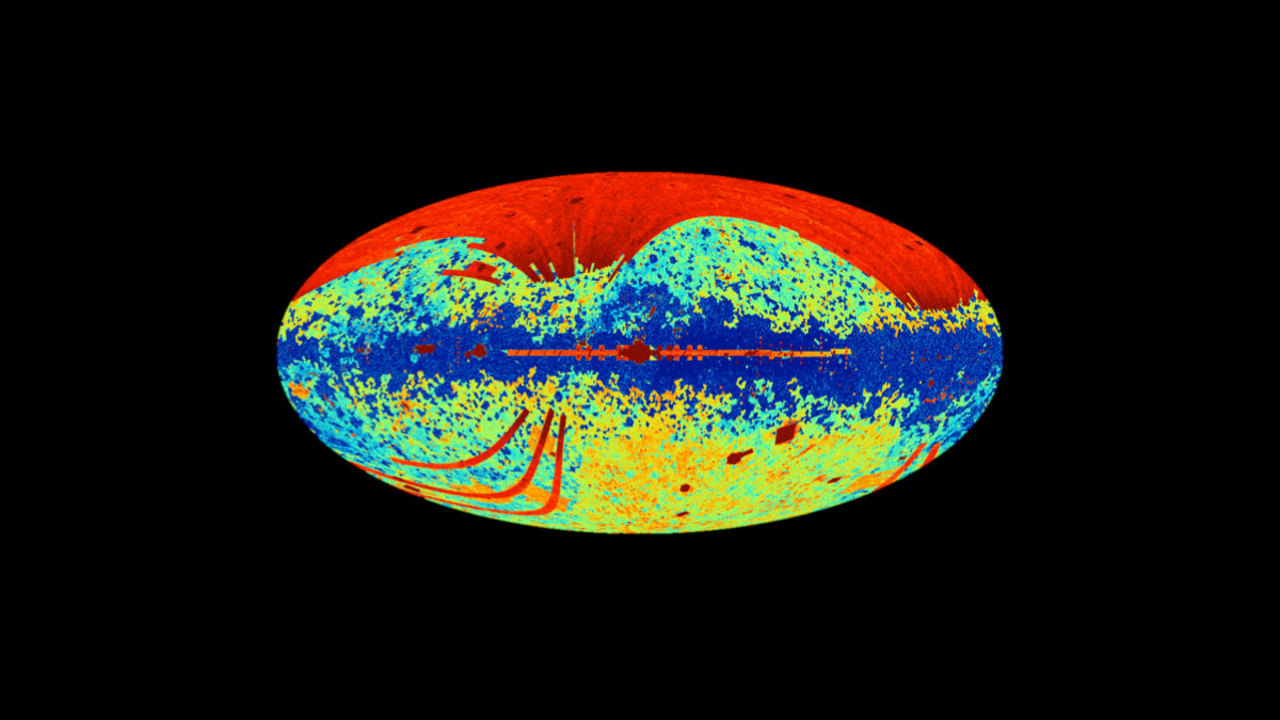 Overview: The NASA/IPAC Extragalactic Database (NED) is an information system provided to the astronomical community that facilitates and accelerates multi-wavelength research on objects beyond our Milky Way galaxy. It is designed, developed, maintained and operated at IPAC, under contract with NASA. NED is the longest running project at IPAC, and recently passed its 30th anniversary.

NED began as an telnet service in 1990 (before the birth of the World Wide Web), and has been evolving ever since with advances at the nexus of astronomy, database technology and informatics. The NED team consists of scientists, engineers, and data analysts working very closely together to keep the database content up-to-date, to deliver new and improved science functionality, maintain operations, and provide user support.
As new observations are published in the peer-reviewed literature, space mission archives, and large sky surveys, they are cross-identified and integrated into a unified database to simplify queries and retrieval. The result is a comprehensive synthesis of data spanning from gamma rays through radio frequencies (as available) for hundreds of millions of objects.  Catalogs are not duplicated or served in their original form. Rather, selected data are fused in a unified data model to enable panchromatic queries.  NED simplifies and accelerates extragalactic research by distilling and synthesizing data across the spectrum and providing value-added derived quantities.  This enables astronomers to find answers to queries such as:
Objects can be queried by name, near name or near position (cone search), or by reference. Galaxy samples can be constructed by parameter constraints on redshift, sky area, object types, survey names, flux density (mag), or by filtering galaxy classifications and attributes. In addition, the LEVEL 5 Knowledgebase augments review articles in extragalactic astrophysics and cosmology with object names and graphical content within the articles linked directly to relevant database queries.
Seamless object-based connectivity to data in NASA’s astrophysics mission archives (IRSA, HEASARC, MAST), the ADS, and other data centers around the world is provided.  The NED is also a member of the NASA Astronomical Virtual Observatories (NAVO), where we coordinate with the mission archives to ensure comprehensive and consistent access to NASA data following international VO protocols.
The NED team has also supported the construction of data products produced by other IPAC projects, such as the Early Release Compact Source Catalog produced by the U.S. Planck Data Center, and a Herschel PACS Point Source Catalog that is currently in production.  The IPAC System Group supports the computing and networking infrastructure in the data center, and the IPAC Communications and Education group assists NED with community outreach and communications activities.
Acknowledgements and citations to NED in the peer-reviewed literature have grown substantially in recent years, and in October 2016 the NED team received a NASA Group Achivement Award "for outstanding contributions to NASA’s strategic goals in astrophysics and substantial impact on extragalactic research measured by citations in the peer-reviewed literature”. NED was honored again in 2020 with a NASA Group Achievements award. 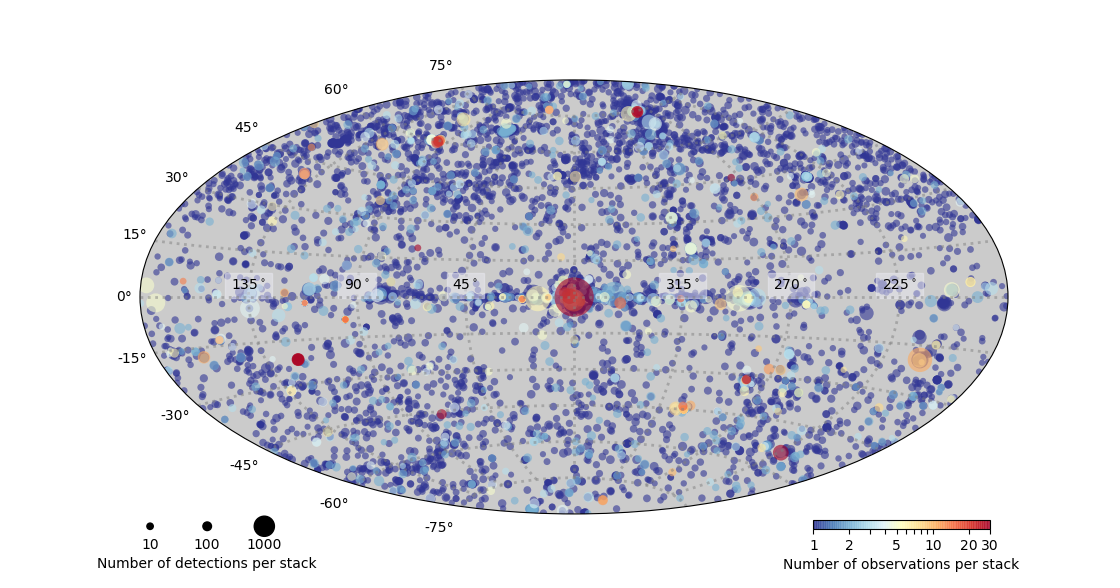 In 2021, NED had six releases. The NED November and December 2021 Releases included integration of the Chandra Source... 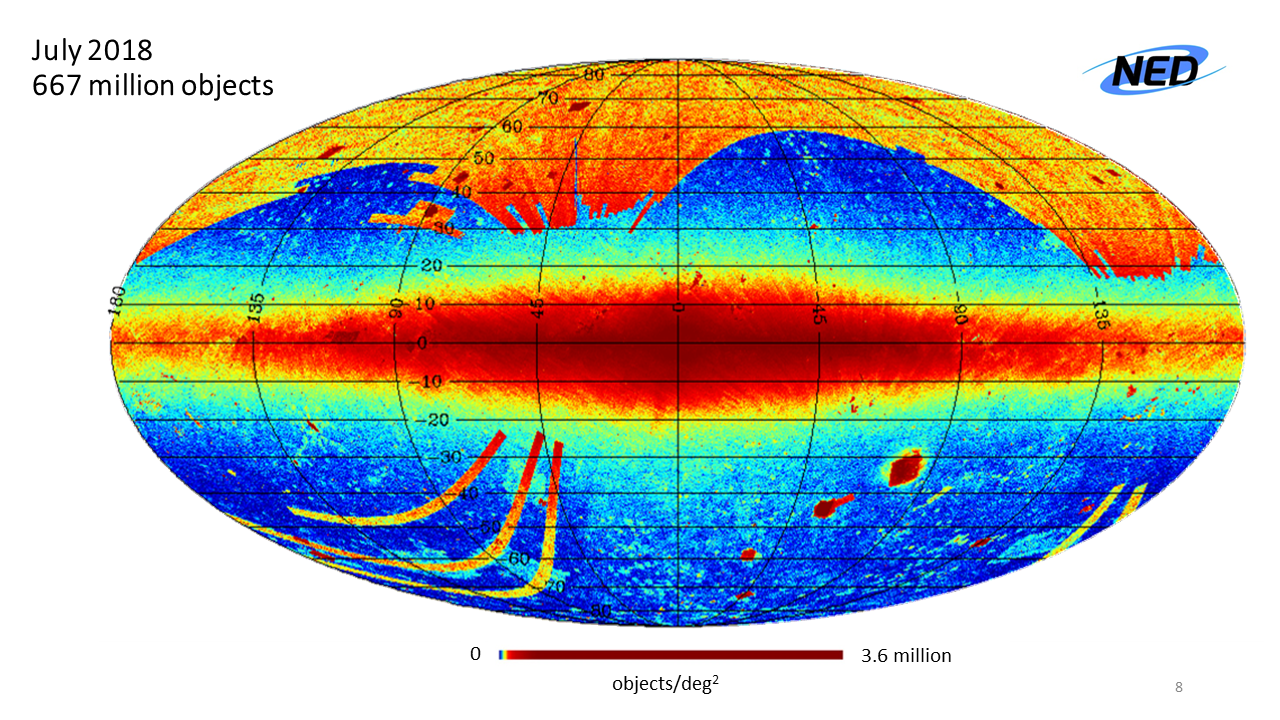 A major update to the NASA/IPAC Extragalactic Database was released featuring the results of cross-matching the... 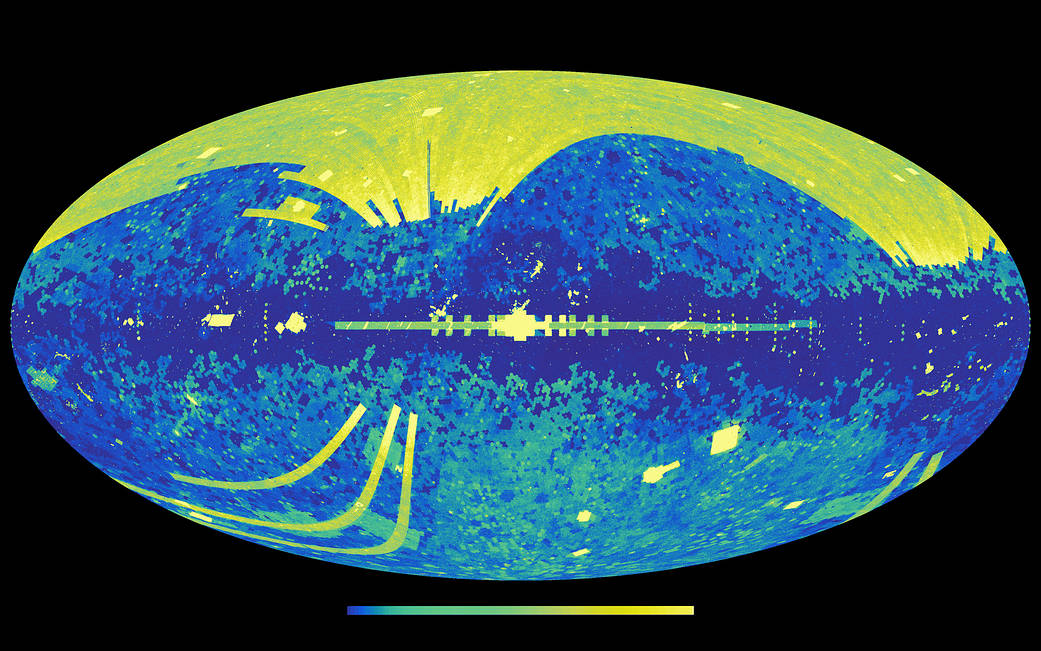 How Far Away is That Galaxy? Vast Catalog Has Answers

A team of researchers has compiled a special catalog to help astronomers figure out the true distances to tens of... 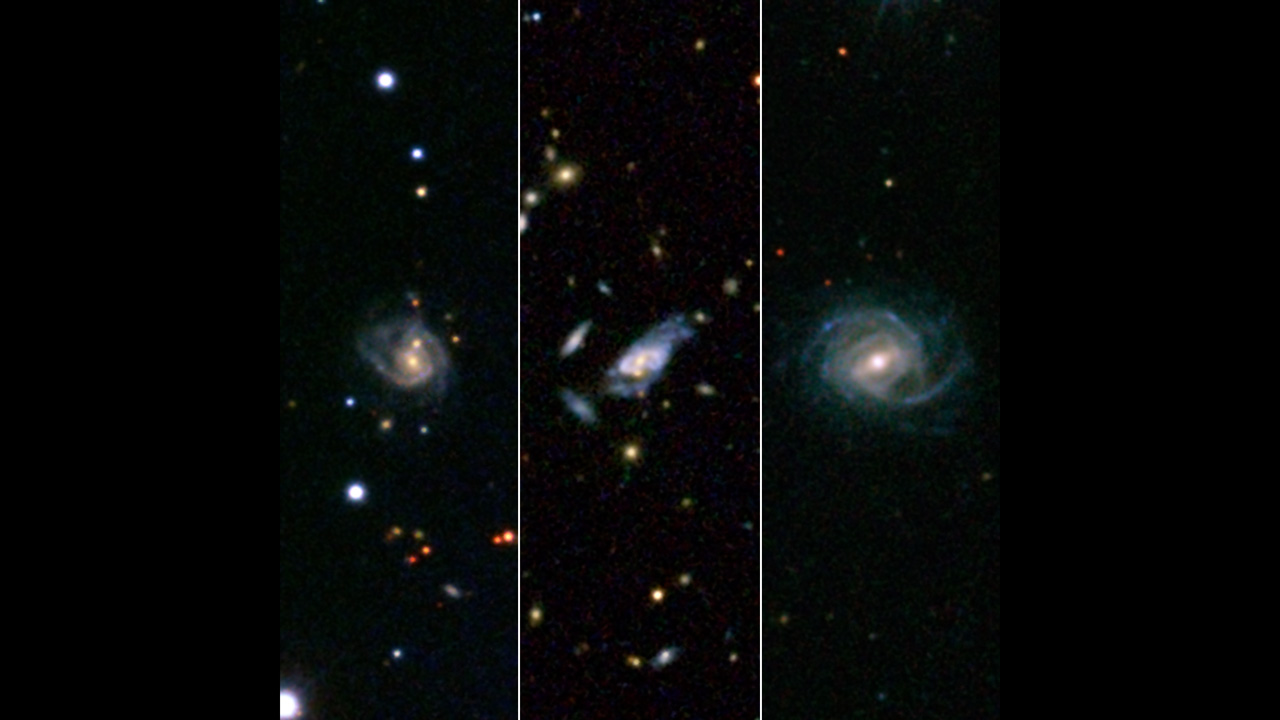