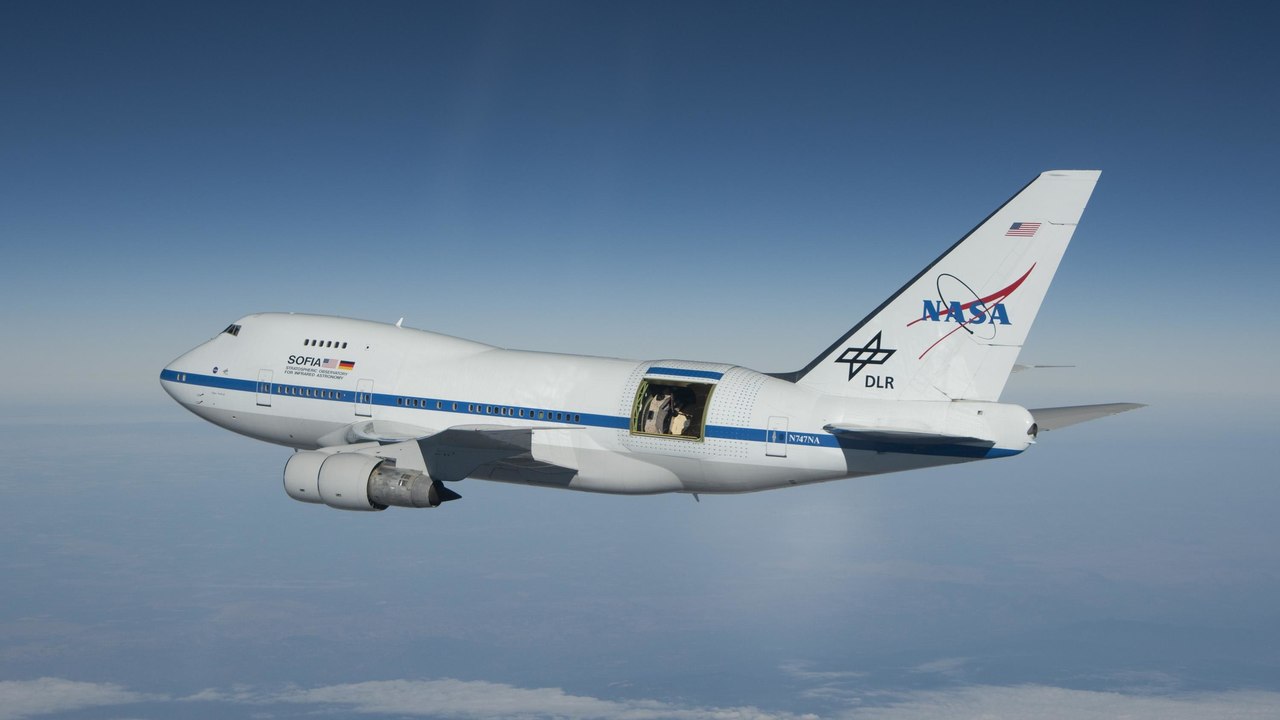 Overview: The Stratospheric Observatory for Infrared Astronomy (SOFIA) is a 2.7 meter telescope carried aboard a Boeing 747SP aircraft. The observing altitudes of SOFIA are between 37,000 and 45,000 feet, above 99% of the water vapor in the Earth's atmosphere. SOFIA currently operates 6 instruments, both imagers and spectrographs, covering a wide range in wavelength and spectral resolution. These include four Facility Science Instruments (FSIs), FORCAST, FIFI-LS, FPI+ and HAWC+, and two Principal Investigator-class Science Instruments (PSIs), GREAT and EXES. FSIs and PSIs are available to all General Investigators. The US share of the overall observing time is 80%. The remaining 20% of the time is allocated to the German astronomical community. By including new instruments and upgrades to existing instruments regularly, SOFIA retains its state-of-the-art capabilities.

NASA has designated the NASA/IPAC Infrared Science Archive (IRSA) as the permanent home of data collected by SOFIA. The first release of the SOFIA archive at IRSA occurred on March 21, 2019 and includes FIFI-LS, FORCAST, and GREAT data taken during Cycles 4 and 5. The remaining instruments and cycles will be added to the IRSA archive in late 2019. Until then, SOFIA data will be concurrently available at NASA Ames via the Data Cycle System (DCS).

SOFIA is a joint project of NASA and the Deutsches Zentrum für Luft-und Raumfahrt (DLR, the German Space Agency).  Flight operations are being conducted out of the NASA Armstrong Flight Research Center in Palmdale, California. The SOFIA Science Center (SSC)1, responsible for overseeing the scientific output of the mission, is located at the NASA Ames Research Center in Moffett Field, California. The Science Mission Operations are jointly managed by the Universities Space Research Association (USRA) for NASA and by the Deutsches SOFIA Institut (DSI), in Stuttgart, for DLR. Aircraft operations are handled by NASA Armstrong.  The four Facility Science Instruments (FSIs), FORCAST, FIFI-LS, FPI+ and HAWC+ are maintained and operated by Science Mission Operations (SMO), while the two Principal Investigator-class Science Instruments (PSIs), GREAT and EXES, are maintained by the respective instrument teams.

Since starting operations in 2011, SOFIA has had 8 Observing Cycles, including a Cycle-0 Demonstration Phase. The last call for proposals, for Cycle 7, was on September 8th 2018. It is foreseen that the next call will take place sometime in Summer/Fall 2019.