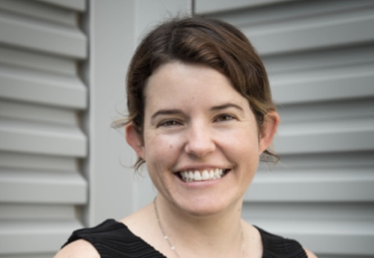 NASA Exoplanet Science Institute Scientist Dr. Jessie Christiansen will be joining a class of 20 change-makers from around the world as a TED Fellow. TED (Technology, Entertainment, Design) Fellowships are highly competitive and sought after. Acceptance as a Fellow is not based on academic credentials, but mainly on past and current actions, and plans for the future. Jessie will deliver a talk on the TED Fellows stage this April in Vancouver. Each Fellow also takes part in a special program with mentoring by experts in the field of spreading ideas.

“I am really thrilled to have been selected as a 2022 TED Fellow. I'm looking forward to joining this incredible cohort of Fellows from around the world, and sharing ideas and goals and plans for the future. And I am looking forward to sharing the excitement of exoplanet demographics!" rejoiced Christiansen.

The announcement for the new TED Fellows picked up on Christiansen’s achievements by mentioning that one of the new Fellows is an astrophysicist who discovered 60 new exoplanets.

TED Fellows are a diverse group but they all have at least one thing in common: they are tackling important problems in a unique way. Founded in 2009, the TED Fellows program now has 532 Fellows from more than 100 countries. In its thirteen-year history, the TED Fellows program has created a powerful, far-reaching network made up of scientists, doctors, activists, artists, entrepreneurs, inventors, journalists and beyond.

The TED Fellows program provides transformational support to the Fellows who are collaborating across disciplines to spark future-shaping change around the world. Transformational leaders help followers grow and develop into leaders by responding to individual followers' needs by empowering them and by aligning the objectives and goals of the individual followers, the leader, the group, and the larger organization.

TED Conferences LLC, based in Boston Massachusetts, is an American media organization that posts talks online for free distribution under the slogan "ideas worth spreading." The TED conference is held annually in Vancouver, British Columbia, Canada. The speakers are given a maximum of 18 minutes to present their ideas in the most innovative and engaging ways they can. TED is currently funded by a combination of various revenue streams, including conference attendance fees, corporate sponsorships, foundation support, licensing fees, and book sales. Note that while the Fellows’ travel expenses and TED conference attendance fees will be paid by the Fellowship, they will not receive any monetary compensation from the TED organization.

A complete list of all new 2020 TED Fellows and TED Senior Fellows can be found at https://ted.com/fellows .