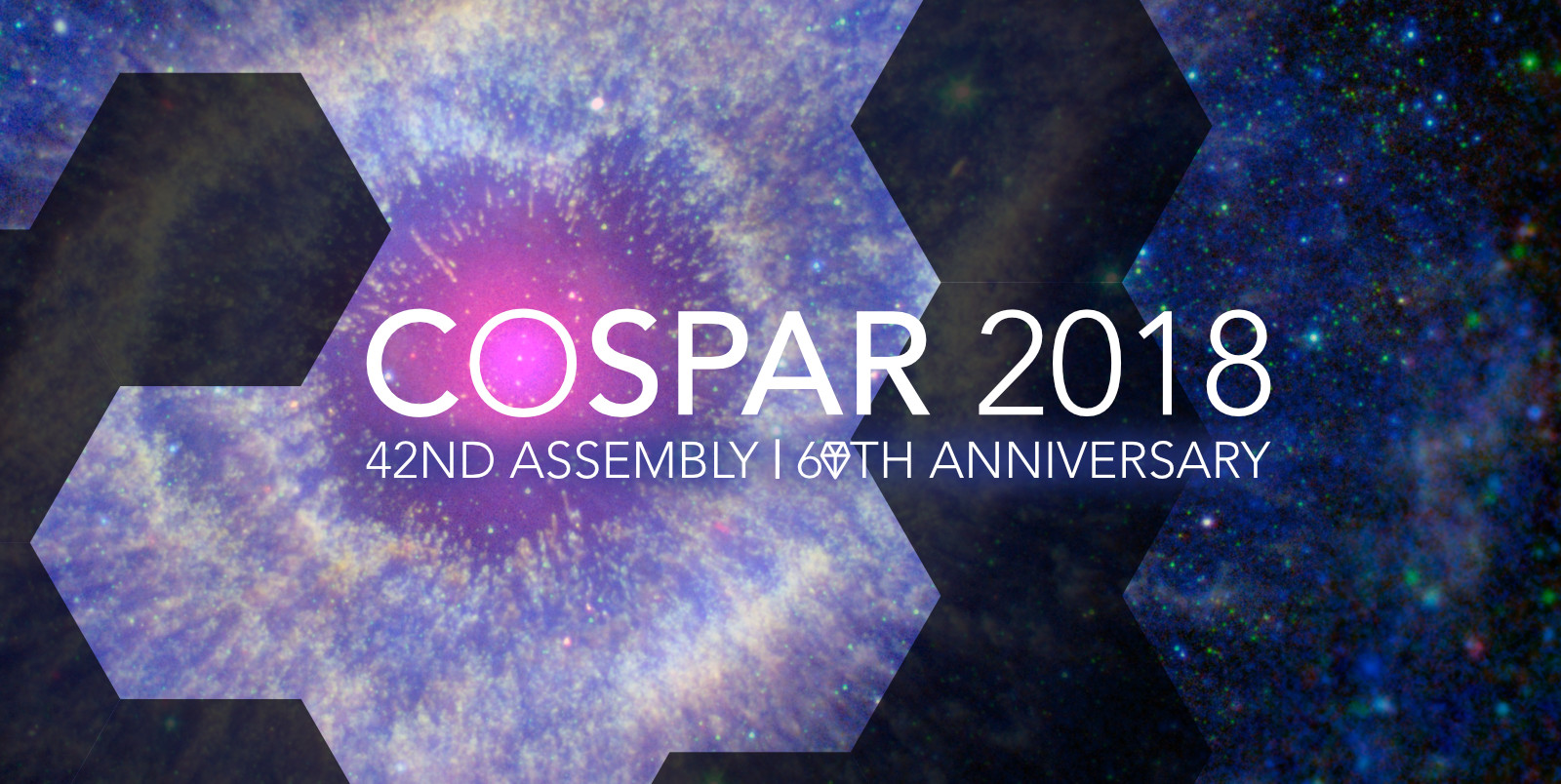 The California Institute of Technology (Caltech), home of the Jet Propulsion Laboratory (JPL), announces the 42nd COSPAR Scientific Assembly which we are honored to host on behalf of COSPAR and the US National Academy of Sciences in beautiful Pasadena, California, on 14-22 July, 2018.

Each biennial COSPAR Scientific Assembly is notable for the major new discoveries that are announced and discussed from across the large scientific landscape that is encompassed by COSPAR. With the recent and upcoming launches of so many exciting space missions, COSPAR 2018 will very likely set a new benchmark for ground-breaking results.

The celebration of the 60th anniversary of the creation of COSPAR, and of the launch of the US Explorer 1 Earth orbiting satellite, will add further luster to COSPAR 2018 as space science launches into its seventh decade. Pasadena’s location at the edge of the Pacific Rim, and within an hour by surface from several international airports, will assure large attendance not only from North America and Europe, but also from the Asian and other spacefaring nations.