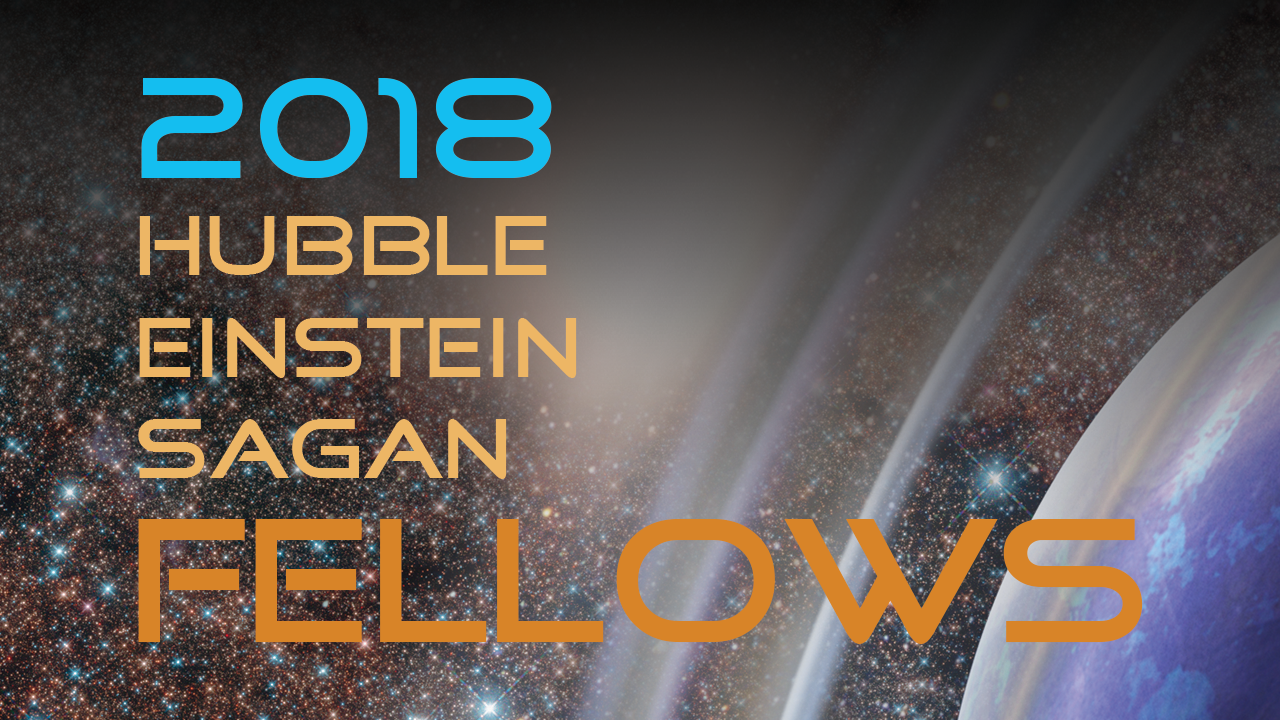 The new NHFP preserves the legacy of NASA's previous postdoctoral fellowship programs, the Hubble, Einstein and Sagan Fellowships. Once selected, fellows are named to one of three sub-categories corresponding to three broad scientific questions NASA has sought to answer about the universe:

The NHFP is one of the highlights of NASA's pursuit of excellence in space science.

“The NASA Hubble Fellowship Program selects some of the best new scientists and provides opportunities for them to excel in the field of astrophysics,” said Paul Hertz, Astrophysics Division Director at NASA Headquarters, Washington, D.C. “Their discoveries will advance our understanding of the cosmos and bring us closer to solving the mysteries of the universe.”

The newly selected NHFP Fellows will begin their programs in the fall of 2018 at a host university or research center of their choosing in the United States. The list below provides the names of the 2018 awardees, their host institutions, and their proposed research topics:

More than 500 of the world’s prominent and active scientists in astrophysics have been supported in their early careers since NASA began the fellowship program in 1990 with the creation of the original Hubble Fellowship. The Space Telescope Science Institute (STScI) administers the NHFP on behalf of NASA, in collaboration with the NASA Exoplanet Science Institute (NExScI) at the California Institute of Technology in Pasadena, California, and the Chandra X-ray Center (CXC) at the Smithsonian Astrophysical Observatory in Cambridge, Massachusetts.

An important part of the NHFP are the Symposia, which allow fellows the opportunity to present results of their research, and to meet each other and the scientific and administrative staff who manage the program.

The NASA Exoplanet Science Institute, which is operated at the California Institute of Technology (Caltech) in coordination with the Jet Propulsion Laboratory, administers the Sagan Fellowship program for NASA.

For photos and more information about the 2018 NHFP Fellows and this program, visit https://nhfp.stsci.edu/nhfp-2018-fellows.