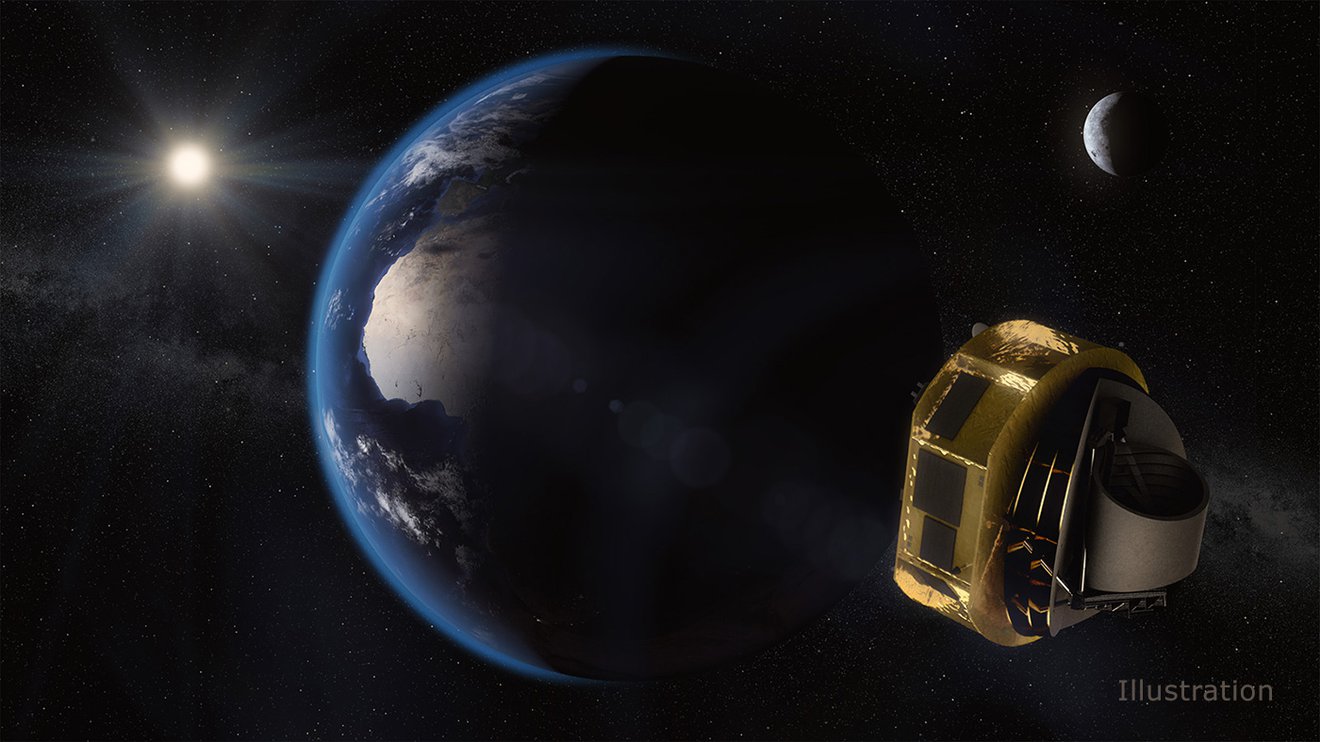 NASA will contribute an instrument to a European space mission that will explore the atmospheres of hundreds of planets orbiting stars beyond our Sun, or exoplanets, for the first time. The instrument, called the Contribution to ARIEL Spectroscopy of Exoplanets, or CASE, adds scientific capabilities to ESA's (the European Space Agency's) Atmospheric Remote-sensing Infrared Exoplanet Large-survey, or ARIEL, mission.

The ARIEL spacecraft with CASE on board is expected to launch in 2028. CASE will be managed by NASA's Jet Propulsion Laboratory in Pasadena, California, with JPL astrophysicist Mark Swain as the principal investigator.

"I am thrilled that NASA will partner with ESA in this historic mission to push the envelope in our understanding of what the atmospheres of exoplanets are made of, and how these planets form and evolve," said Thomas Zurbuchen, associate administrator for NASA's Science Mission Directorate in Washington. "The more information we have about exoplanets, the closer we get to understanding the origins of our solar system, and advancing our search for Earth-like planets elsewhere."

So far, scientists have found more than 4,000 confirmed exoplanets in the Milky Way. NASA's retired Kepler space telescope and active Transiting Exoplanet Survey Satellite (TESS) are two observatories that have contributed to this count. These telescopes have discovered planets by observing brightness of a star's light dimming as a planet crosses its face, an event called a "transit." ARIEL, carrying CASE, will take planet-hunting through transits one step further, by delving deeper into planets already known to exist.

ARIEL will be able to see the chemical fingerprints, or "spectra," of a planet's atmosphere in the light of its star. To do this, the spacecraft will observe starlight streaming through the atmospheres of planets as they pass in front their stars, as well as light emitted by the planets' atmospheres just before and after they disappear behind their stars. These fingerprints will allow scientists to study the compositions, temperatures, and chemical processes in the atmospheres of the planets ARIEL observes.

These chemical fingerprints of exoplanet atmospheres are extremely faint. Identifying them is a huge challenge for astronomers, and requires a telescope to stare at individual stars for a long time. But many space observatories are multi-purpose, and must split up their time among different kinds of scientific investigations. ARIEL will be the first spacecraft fully devoted to observing hundreds of exoplanet atmospheres, looking to identify their contents, temperatures and chemical processes. The addition of CASE, which will observe clouds and hazes, will provide a more comprehensive picture of the exoplanet atmospheres ARIEL observes.

So far, telescopes have only been able to carefully probe the atmospheres of a handful of exoplanets to determine their chemistries. ARIEL's much larger, more diverse sample will enable scientists to look at these worlds not just as individual exotic objects, but as a population, and discover new trends in their commonalities and differences.

The CASE instrument will be sensitive to light at near-infrared wavelengths, which is invisible to human eyes, as well as visible light. This complements ARIEL's other instrument, called an infrared spectrometer, which operates at longer wavelengths. CASE will specifically look at exoplanets' clouds and hazes - determining how common they are, as well how they influence the compositions and other properties of planetary atmospheres. CASE will also allow measurements of each planet's albedo, the amount of light the planet reflects.

The spacecraft will focus on exceptionally hot planets in our galaxy, with temperatures greater than 600 degrees Fahrenheit (320 degrees Celsius). Such planets are more likely to transit their star than planets orbiting farther out, and their short orbital periods provide more opportunities to observe transits in a given period of time. More transits give astronomers more data, allowing them to reveal the weak chemical fingerprint of a planet's atmosphere.

ARIEL's hot planet population will include gas giants like Jupiter, as well as smaller gaseous planets called mini-Neptunes and rocky worlds bigger than our planet called super-Earths. While these planets are too hot to host life as we know it, they will tell us a lot about how planets and planetary systems form and evolve. Additionally the techniques and insights learned in studying exoplanets with ARIEL and CASE will be useful when scientists use future telescopes to look toward smaller, colder, rockier worlds with conditions that more closely resemble Earth's.

The CASE instrument consists of two detectors and associated electronics that contribute to ARIEL's guidance system. CASE takes advantage of the same detectors and electronics that NASA is contributing to ESA's Euclid mission, which will probe deep questions about the structure of the universe and its two biggest mystery components: dark matter and dark energy.

The ARIEL spacecraft with CASE on board will be in the same orbit as NASA's James Webb Space Telescope, which is expected to launch in 2021. Both will travel some 1 million miles (1.5 million kilometers) from Earth to a special point of gravitational stability called Lagrange Point 2. This location allows the spacecraft to circle the Sun along with the Earth, while using little fuel to maintain its orbit.

While Webb will also be capable of studying exoplanet atmospheres, and its instruments cover a similar range of light as ARIEL, Webb will target a smaller sample of exoplanets to study in greater detail. Because Webb's time will be divided, shared with investigations into other aspects of the universe, it will deliver detailed knowledge about particular exoplanets rather than surveying hundreds. ARIEL will launch several years after Webb, so it will be able to capitalize on lessons learned from Webb in terms of planning observations and selecting which planets to study.

"This is an exciting time for exoplanet science as we look toward the next generation of space telescopes and instruments," said Paul Hertz, director of the astrophysics division at NASA Headquarters, Washington. "CASE adds to an exceptional set of technologies that will help us better understand our place in the galaxy."

Date: November 8th, 2019
Category: Project News
Image Link: ariel.jpg
Image Caption
This artist's concept shows the European Space Agency's ARIEL spacecraft on its way to Lagrange Point 2 (L2) - a gravitationally stable, Sun-centric orbit - where it will be shielded from the Sun and have a clear view of the sky. NASA's JPL will manage the mission's CASE instrument. Credit: ESA/STFC RAL Space/UCL/Europlanet-Science Office