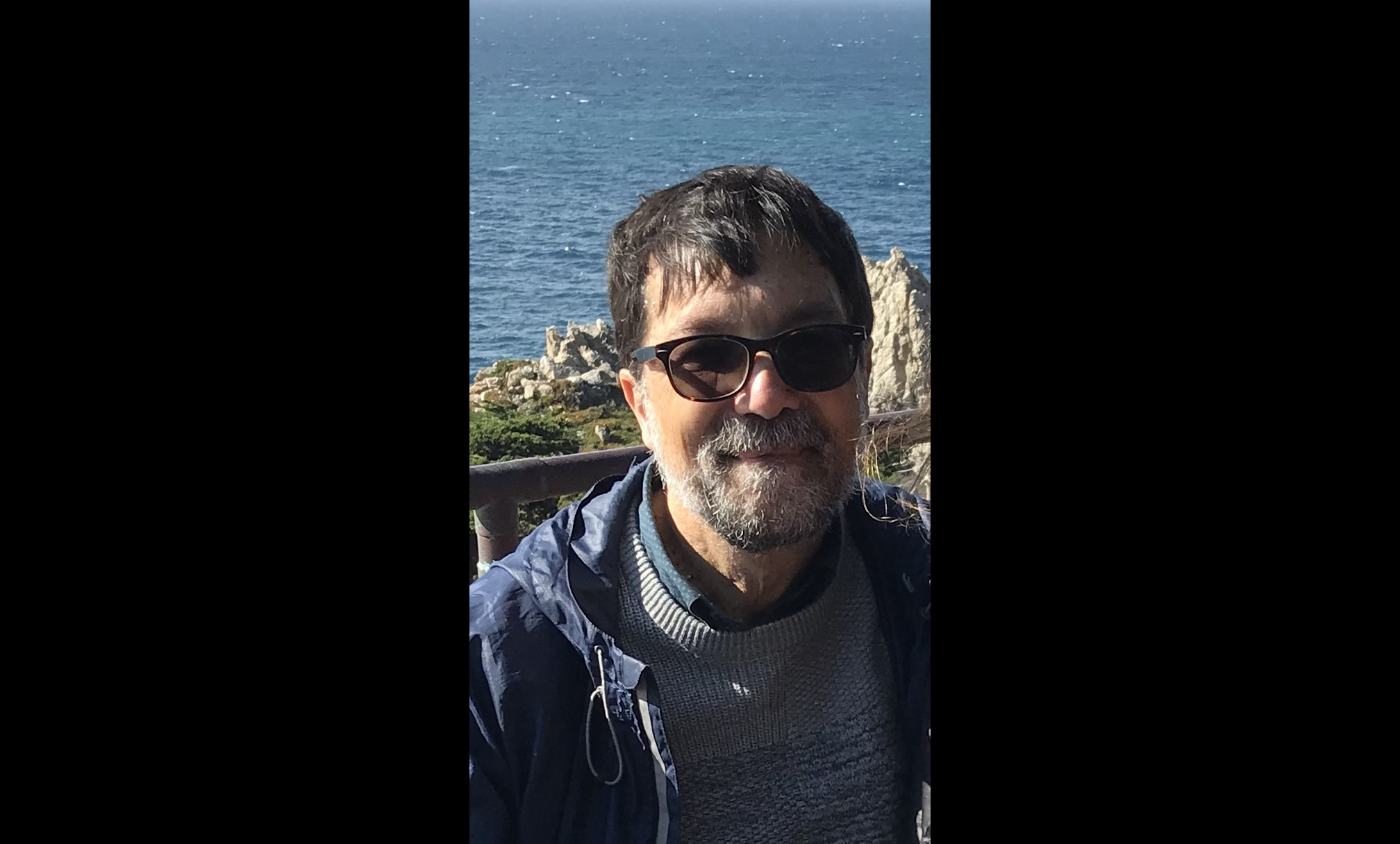 Long-time Caltech / IPAC astronomer John R. Stauffer passed away on January 29, 2021 after a battle with cancer.

John was one of the leading stellar astronomers of his era. One of the pioneers in the study of the angular momentum, chromospheric activity, and evolution of young, low-mass stars, John was also a leader in many space missions as an integral part of his multifaceted career.

John was born in Findlay, Ohio in 1952 to Ken and Nana Stauffer.  He was valedictorian of his graduating class from Findlay High School in 1970 and then attended Case Western Reserve University in Cleveland, Ohio where he received his B.S. in 1974 followed by his Ph.D in Astronomy from the University of California at Berkeley in 1981.

John was preceded in death by his first wife, Stepha Genelza.  John and Stepha were married for 33 years.  After retirement, John relocated to Pacific Grove, California to fulfill his dream of living by the ocean. In 2019, John married Linda Nunley.  John and Linda traveled extensively prior to his death.  In addition to Linda, John is survived by his older brother, Bill (Janet) and his nieces Laura (Tom), Sarah and Alissa (Ben); his nephew, Will; and two grand-nephews, Oliver and Owen.  John was also stepfather to Jessica (Brandon), Joshua, and Josiah as well as a dear uncle to Novella Genelza.

John began his post-PhD career in astronomy with a CfA Postdoctoral fellowship at the Harvard-Smithsonian Center for Astrophysics (CfA) through 1984 followed by a NRC Postdoctoral fellowship at the Dominion Astrophysical Observatory in Victoria BC through 1986.  After a postdoctoral stint at NASA Ames as a SIRTF postdoc (the pre-launch name of the Spitzer Space Telescope), John was the Project Scientist and head of the Science Center at CfA for the Submillimeter Wave Astronomy Satellite (SWAS) from 1991 to 2000.  While at CfA, John became an integral member of the IRAC Guaranteed Time Observations team for NASA’s Spitzer Space Telescope.

John concluded his professional career at Caltech / IPAC in Pasadena, CA, where he was the System Scientist for the Spitzer Science Center from 2000 until his retirement in 2018. His many contributions included initiating several improvements to observations and calibration that enabled observations of transiting exoplanets. John initiated and developed the high-level archive of stellar properties that formed the basis of the NASA Exoplanet Archive.  From 2004 to 2008 he was also Head of the Science Staff at IPAC.

John had a positive, profound impact on many scientists at IPAC and was a valued mentor and advocate for the scientists that he worked with. He always had time to give support and good advice with great kindness and generosity. Many different astronomers have credited John’s mentorship or even just quiet, wise counsel as critical to their having stayed in the field.

Although John's thesis topic dealt with the nuclei of disk galaxies, his first love was studying the properties of the Pleiades star cluster, including determination of the cluster’s age. These studies were part of a long career studying the angular momenta and activity of young low-mass stars, and their relation to other properties.  His seminal work on the remarkable distribution of rotation among Pleiades stars -- a combination of very fast and very slow rotators -- led to a completely new generation of models for stellar angular momentum evolution incorporating both winds and pre-main sequence magnetospheric coupling with circumstellar accretion disks, and is still not fully understood.  He knew myriad stars in the Pleiades like the back of his hand, and could recall numerous properties (spectral type, mass, lithium abundance) of any given one. He has also made very significant contributions to other properties of low mass stars, especially in connection with their evolution, by studying several young stellar associations such as Alpha Persei, the Hyades, Taurus, IC2391/2602, and NGC2264, to name a few.

In his later research, John led very ambitious programs which exploited the ability of the Spitzer, Kepler/K2, and CoRoT spacecraft to deliver remarkably accurate photometry over extended blocks of time to study the variability of pre-main sequence stars, especially in stellar associations of different ages.  These observations, unbroken by day/night cycles and Earth-based weather, revealed a previously undetected zoo of photometric changes, due to a combination of starspots, variable accretion, and time-dependent occultation by structures in dusty disks, including variations that are not yet well-understood.  In particular, the variations due to extinction by disk dust provide clues to the inner structure of protoplanetary disks, with many features that have yet to be explained satisfactorily.  Again, John pioneered new avenues to gain a deeper knowledge in the early evolution of low-mass stars and the different phenomena connected to it.

John was a prolific scientist, writing nearly 350 refereed papers and a total of over 800 publications. He was also very active in the astronomical community by serving in different committees and advisory boards.  One of the remarkable aspects of John's career was the sheer number of collaborators he had spanning many years and differing projects; for example, 50 of his collaborators were coauthors on 30 papers or more. This is a major reason why John had such a major impact on the careers of so many researchers, and had so many scientific friends.

And despite his outwardly diffident affect, he was intrinsically a wild and crazy guy!