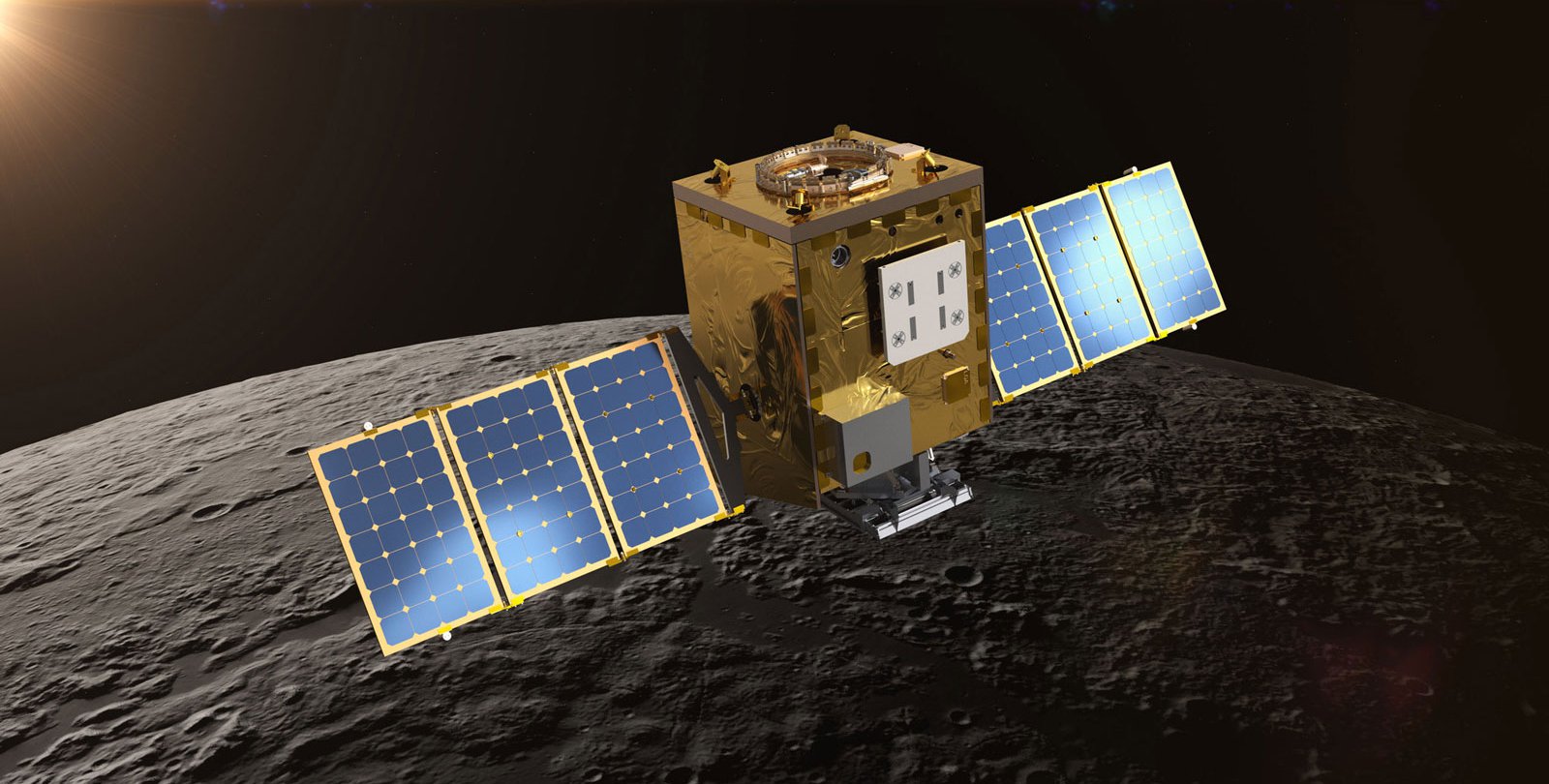 Text adapted by Seppo Laine from a Caltech article  https://www.caltech.edu/about/news/caltech-led-lunar-trailblazer-mission-approved-begin-final-design-and-build

On July 15th 2021, Lunar Trailblazer successfully passed its Critical Design Review (CDR). This review incorporated all the systems of the Lunar Trailblazer. The CDR review provided a final system-level check of the design and schedule of the mission. The passing of the CDR means that the team can now proceed to full-scale fabrication of the spacecraft and all subsystems. The next significant Trailblazer development milestone will be its System Integration Review in May 2022. The project is scheduled to deliver its integrated flight system in October 2022. Trailblazer is currently manifested to launch as a low-cost, ride-along satellite on NASA’s IMAP mission (2025) and insert into a lunar orbit after a several month-long orbital maneuvering phase. However, NASA is looking at options to launch Trailblazer earlier.

NASA’s Lunar Trailblazer will provide a giant leap in understanding lunar water, volatile reserves, and lunar surface conditions, building on the scientific discoveries and technological leaps of previous lunar missions. Lunar Trailblazer’s exquisite near-, mid-, and far-infrared wavelength coverage and a polar orbit will enable the mission’s scientists to find the form, abundance, and distribution of lunar water in sunlit areas. They will also be able to monitor the daily variability of lunar water signatures, with data collected over a two-year primary mission. Finally, they will map water ice in permanently shadowed regions via terrain-scattered light.

Trailblazer is a small satellite. The main satellite module’s size is less than 1 m3 (less than about 35 cubic feet), and with solar panels deployed the whole spacecraft extends to 3.5 meters (or about 11.5 ft) along its longest dimension). It is a NASA Class D SIMPLEx (Small Innovative Missions for Planetary Exploration) mission. These missions use small spacecraft — Trailblazer is less than 210 kilograms and less than $60 million in cost — to conduct unique planetary science. Lunar Trailblazer will advance understanding of the lunar water cycle by providing time-varying maps of lunar water in its various forms at 50100 m/pixel with the highest spatial and infrared spectral resolution obtained to date. Simultaneously, these data will provide the state-of-the-art data for lunar geology and thermophysical properties and generate key basemaps to guide future landed exploration at targets of interest.

The mission is led by Principal Investigator Bethany Ehlmann at Caltech, a Caltech professor of planetary science. Data processing will be done at the Bruce Murray Laboratory for Planetary Visualization in the Division of Geological and Planetary Sciences at Caltech, led by research scientist Jay Dickson, working with scientists from Lunar Trailblazer’s instruments. Mission operations, ground data system, science observation targeting, and scheduling communications with the spacecraft via the Deep Space Network are all based at Caltech/IPAC. Project management, systems engineering, mission assurance, mission design, navigation, and the shortwave infrared imaging spectrometer High-resolution Volatiles and Minerals Moon Mapper (HVM3) instrument are based or built at JPL/Caltech. Lockheed Martin is building the spacecraft and will integrate the flight system. The University of Oxford will build the second instrument, a multispectral Lunar Thermal Mapper (LTM). Other key mission partners are the science team members at the Applied Physics Laboratory, Brown University, Northern Arizona University, the University of Central Florida, and Pasadena City College.

“We’re excited to pioneer with NASA the use of small satellites to answer big planetary science questions,” said Ehlmann. “We expect Trailblazer will hugely advance our understanding of something we don’t fully understand: the water cycle on airless bodies. Given the importance of water on the Moon for future robotic and human missions, the Lunar Trailblazer mission team is excited to provide the critical base maps that will guide the future exploration.”

In its role as the Mission Operations center, Caltech/IPAC is tasked with scheduling the science and calibration observations and commanding all the activities on the spacecraft. The IPAC team will heavily rely on its experience in providing similar support for NASA’s Spitzer Space Telescope mission (from 2003 to 2020).

“In addition to leading the mission operations team for Lunar Trailblazer, Caltech/IPAC will be responsible for spacecraft health and safety monitoring, and spacecraft engineering after the first 30-day commissioning period. It is thrilling to run these tasks from a university campus” said Lee Bennett from Caltech/IPAC, the Trailblazer Mission System Manager.

The Science of the Lunar Trailblazer

We know from previous lunar missions that there is water on the Moon. Trailblazer will spend a year in a polar orbit at a height of about 100 km (60 miles) mapping carefully selected locations on the lunar surface with both its HVM3 and LTM instruments. These maps will reveal the distribution, form (water ice, free molecules or bound within minerals) and amount of water. This will be done with HVM3 on the sunlit side of the Moon, using data in the 1.8  3.5 m wavelength region that includes important water absorption features. Simultaneously, LTM will measure the temperature in these same regions. The time evolution of water will also be investigated by taking measurements of selected targets at different times of day, morning, afternoon and evening. Also, HVM3 will map the form and abundance of water in permanently shadowed regions near the lunar poles, using terrain-scattered light to find locations with water ice. As a bonus, Trailblazer will also provide informative maps of the lunar surface at future interesting landing sites, and obtain the best measurements of mineralogical composition. The simultaneous measurements with LTM will allow the scientists to assess how local gradients in temperature and albedo on the lunar surface affect the OH/H2O concentrations, and may allow the discovery of new permanently shadowed regions or “cold traps.”

“Some of the big questions about water on the Moon include: Does it vary as a function of time of day and temperature? Is it bound in rock or mobile? Why do some shadowed regions host water ice while others are empty, and how much water is there at the lunar surface?” said Ehlmann. “We look forward to answering these questions with Lunar Trailblazer.”

An exciting part of the Trailblazer project is the opportunity for undergraduate students at Caltech and the nearby Pasadena City College (PCC) to participate in mission development, in communicating project news to the public, and in mission operations. Each student has an assigned Caltech or Caltech/IPAC supervisor. The students are expected to learn lifelong skills in science, technology, engineering and math (STEM) fields and STEM communication. The goal is to provide opportunities for students to gain experience working on a space mission as part of mission team to build skills and gain insight into the many contributions from many people it takes to make a mission successful.

According to 2021 Caltech graduate Alexei Garcia, “The Lunar Trailblazer internship has shaped my understanding of the work and dedication that goes into sending missions to space.  I have only been able to scratch the surface so far and I hope to learn more as I attend graduate school for Aeronautics and Astronautics at Stanford University this Fall.”

Second-year PCC Computer Science student Garni Gharabian adds: “Being a part of the Lunar Trailblazer Mission has undoubtedly been an experience of a lifetime, allowing me to gain deep insight to the inner workings and processes involved with assuring the future success of a NASA mission, while simultaneously fulfilling my dreams of being a central part of the construction of such a mission and helping it attain its full potential.”

The Lunar Trailblazer project is managed by the Jet Propulsion Laboratory (JPL), a federally funded research and development center managed by Caltech for NASA.

IPAC at Caltech is a science & data center for astrophysics & planetary sciences. IPAC will be leading the Mission Operation System (MOS) effort for Lunar Trailblazer, and providing facilities in support of Mission Operations.

The SIMPLEx missions are managed by the Planetary Missions Program Office at NASA’s Marshall Space Flight Center in Huntsville, Alabama. Lunar Trailblazer is managed by NASA’s Planetary Science Division and funded by NASA’s Lunar Discovery and Exploration program, executed through the Exploration Science Strategy and Integration Office, within NASA’s Science Mission Directorate at NASA Headquarters, guided by NASA’s agency priorities and the Decadal Survey process of the National Academy of Sciences.