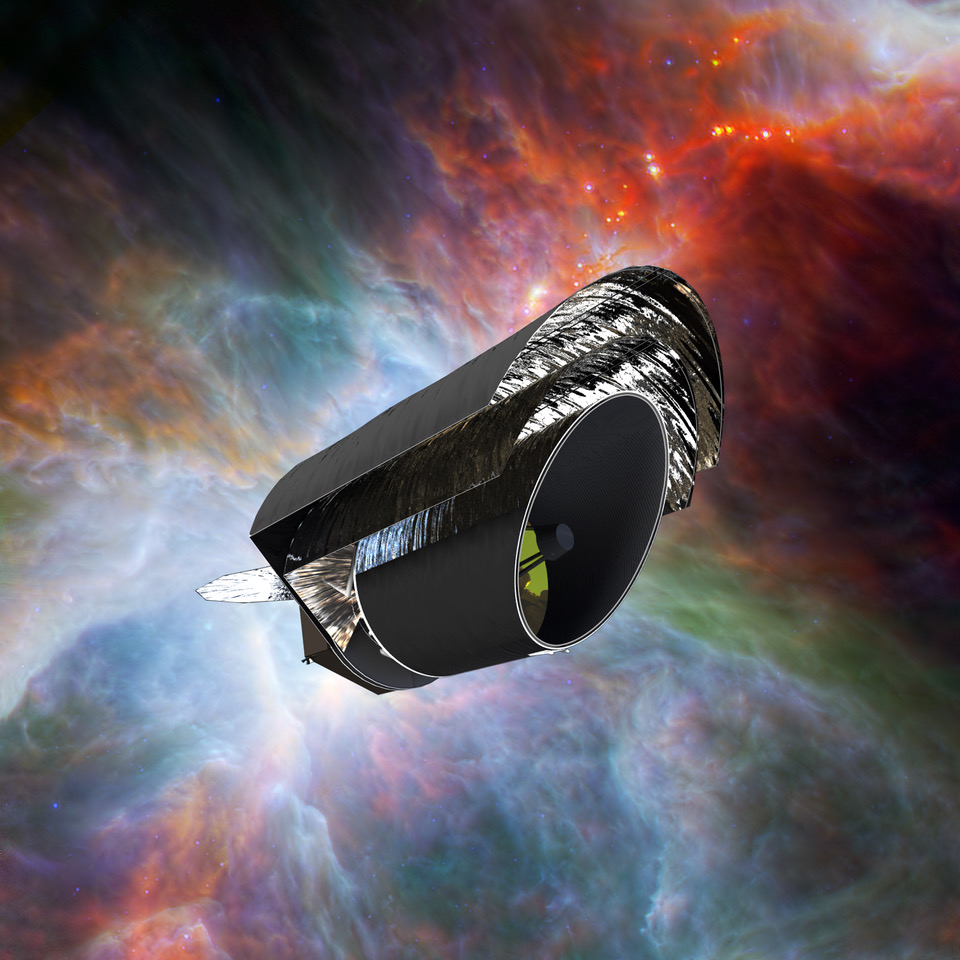 The Origins Space Telescope featu​red in a special section of journal on astronomical telescopes, instruments and systems (JATIS)

A proposed far-infrared telescope with key IPAC involvement and expertise is described in the leading space systems journal JATIS, including 20 technical articles on the design and capabilities of this breakthrough-enabling giant infrared space telescope.

Origins Space telescope, one of the four major new space telescopes currently being evaluated by the Decadal Survey Committee on Astronomy and Astrophysics of the US National Academies of Sciences, Engineering and Medicine, is now featured in special sections of JATIS, the Journal for Astronomical Telescopes, Instruments and Systems (JATIS volume 6, No. 4, 2020 and JATIS volume 7, No. 1, 2021).

Origins packs a punch with technology within reach

The 20 articles featured in the two latest issues of JATIS describe in detail the thermal and optical designs, cryocooler technology development, digital signal processing, materials, instruments, detectors, and integration and testing of the telescope. Additional papers address the traceability of science drivers, and the trades and decisions leading to the baseline concept. More specifically, the papers in the special JATIS sections highlight how the number of deployable parts in orbit was minimized, the use of cryocooler technology instead of a cryogen, how cryocooling takes place at several stages, how the cold and hot zone elements would be tested separately, how the extreme stability of the mid-IR detector (down to 5 parts per million over a several hour time scale) is achievable using new technologies, the development of superconducting single photon detection devices, the development of transition-edge sensor and kinetic inductance technologies for far-infrared detectors, a possible fourth instrument with a heterodyne receiver, and new efficient readout electronics advances.

From origins of life to the secrets of the Universe

The Origins Space Telescope aims at addressing a myriad of questions about the emergence of today’s Universe based on a telescope architecture that is similar to that of the Spitzer Space Telescope and requires very few deployments after the launch. Origins will build on the legacy of the Spitzer and Herschel Space Telescopes, but will be 1000 times more sensitive than any predecessor in the infrared at wavelengths greater than 30 µm. The science goals for Origins align themselves with the three themes of NASA’s astrophysics program.

Origins will pursue many scientific questions, including:

The telescope time would be allocated through a peer review process much like the ones used for NASA’s Great Observatories Hubble, Spitzer and Chandra.

The Origins observatory will resemble the highly successful Spitzer Space Telescope in its thermal design, and like Spitzer, it will take advantage of passive cooling in space in addition to active cooling of the telescope and its three instruments down to 4.5 K. For its optical design, Origins adopts a segmented primary and a three-mirror anastigmat in a departure from Spitzer’s conventional Ritchey-Chrétien design.

The instruments are conceived to consist of:

The goal is a ten-year mission, with a minimum requirement of five years. The launch is tentatively planned for 2035, and the total cost of the mission would be in the seven billion dollar range.

Broad participation by the science community was key during the concept study of Origins’ mission. The study was led by the Goddard Space Flight Center with support by IPAC and JPL (instruments), together with international participation (instruments) and industrial partnerships.