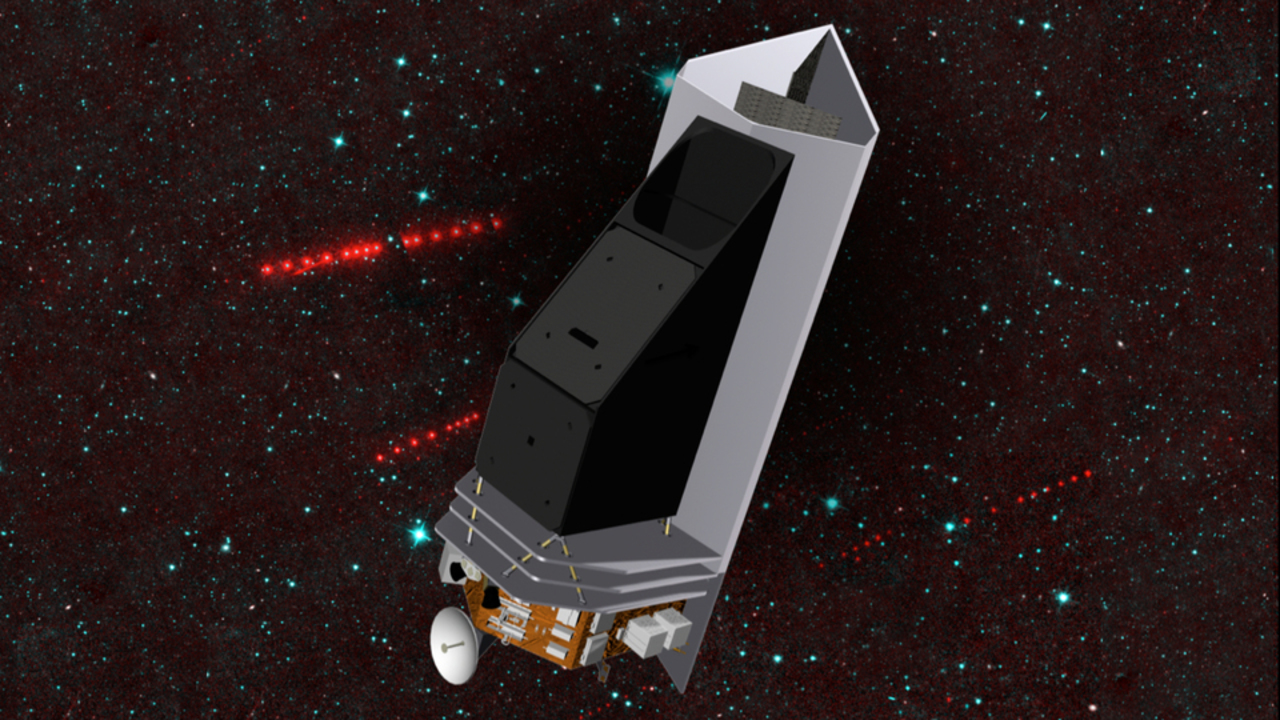 Overview: The Near-Earth Object Camera (NEOCam) is a new mission that is designed to discover and characterize most of the potentially hazardous asteroids that are near the Earth. NEOCam consists of an infrared telescope and a wide-field camera operating at thermal infrared wavelengths.NEOCam's primary science objectives are to assess the present-day risk of near-Earth object (NEO) impact, study the origin and ultimate fate of our solar system's asteroids, and find the most suitable NEO targets for future exploration by robots and humans. The NEOCam mission has been funded for detailed refinement by NASA.

The University of Arizona is spearheading work that would begin efforts to construct a space-based infrared telescope...

A report from the National Academies of Sciences, Engineering, and Medicine today gives a boost to supporters of...

NASA has selected two missions that have the potential to open new windows on one of the earliest eras in the history...

NEOCam is one of 5 mission proposals picked by NASA for further study. NEOCam is an infrared asteroid-hunting...

An infrared sensor that could improve NASA's future detecting and tracking of asteroids and comets has passed a...

NASA has selected three science investigations to conduct concept studies as candidates for the next mission in the...