NASA’s Nancy Grace Roman Space Telescope team recently flight-certified all 24 of the detectors the mission needs. When Roman launches in the mid-2020s, these devices will convert starlight into electrical signals, which will then be decoded into 300-megapixel images of large patches of the sky. These images will allow astronomers to explore a vast array of celestial objects and phenomena, bringing us closer to solving many pressing cosmic mysteries.

“As the telescope’s eyes, Roman’s detectors will enable all of the mission’s science,” said John Gygax, the focal plane system manager for the Roman Space Telescope at NASA’s Goddard Space Flight Center in Greenbelt, Maryland. “Now, based on our testing results, our team can confirm these infrared detectors meet all the requirements for Roman’s purposes.”

Each detector has 16 million tiny pixels, providing the mission with exquisite image resolution. While 18 detectors will be incorporated into Roman’s camera, another six will be reserved as flight-qualified spares. 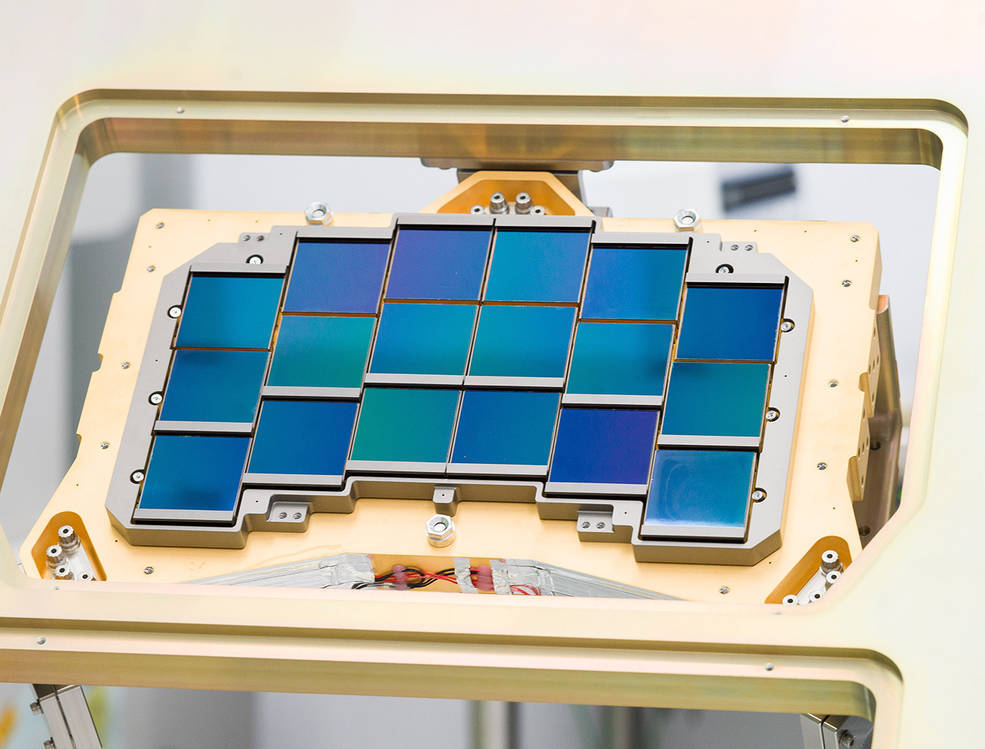 This photo shows 18 of Roman's detectors mounted in an engineering test unit of the mission's focal plane array. The focal plane array will be incorporated into Roman's Wide Field Instrument – a 300-megapixel camera that will capture enormous images of the cosmos. Credits: NASA/Chris Gunn

“The heart of Roman’s detectors are millions of mercury-cadmium-telluride photodiodes, which are sensors that convert light into an electrical current – one for each pixel,” said Greg Mosby, a research astrophysicist at Goddard who is helping assess the performance of Roman’s detectors. “One of the reasons we chose this material is because by varying the amount of cadmium, we can tune the detector to have a specific cutoff wavelength. That allows us to focus more precisely on the wavelengths of light we’re trying to see.”

To make the detectors, technicians at Teledyne Imaging Sensors in Camarillo, California built up the photodiodes on the base of the detector layer by layer. Then, they secured the detector to a silicon electronics board that will help process the light signals using indium – a soft metal that has roughly the same consistency as chewing gum. The pixels were glued down using a tiny drop of indium for each one.

The drops were meticulously placed just 10 microns apart – about the width of a typical cotton fiber. If we scaled one of Roman’s detectors up to be as long as an Olympic-size swimming pool, the indium blobs would be less than half an inch apart. This precise alignment ensures that each of the sensors will operate independently.

“The Roman team has spent years identifying an optimal recipe for the mission’s detectors,” Mosby said. “It’s gratifying to see the team’s hard work pay off on this crucial technical aspect of the mission. We can’t wait to see how the images from these detectors transform our understanding of the universe.” 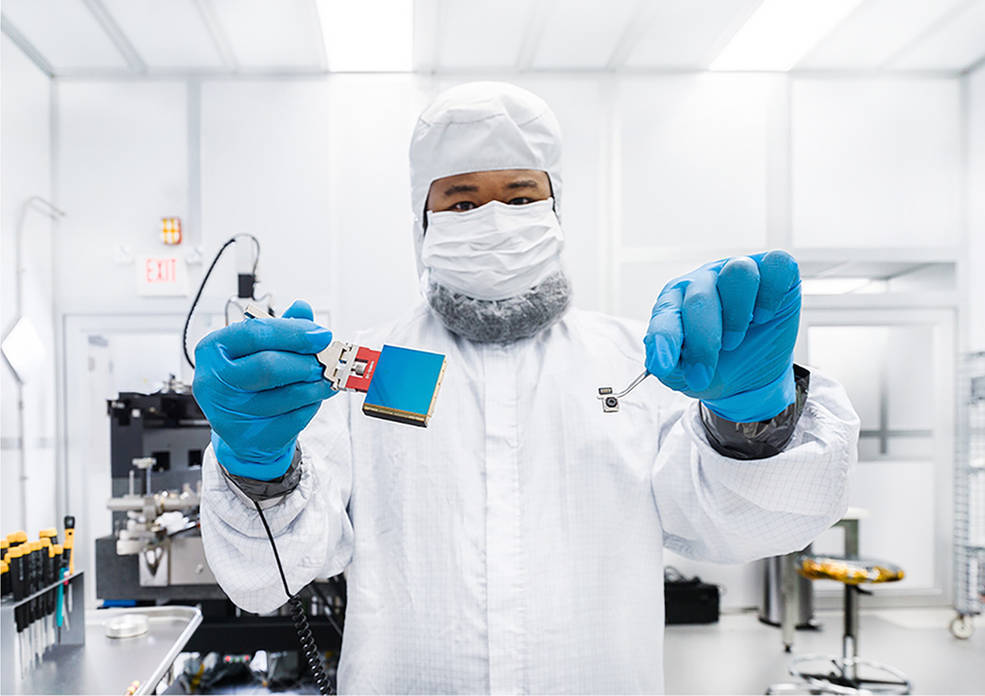 Combining so many detectors and pixels gives Roman its wide field of view, enabling the mission to create infrared images that will be around 200 times larger than Hubble can provide while revealing the same level of rich detail. The spacecraft is expected to collect far more data than any other NASA astrophysics mission before it. Scientists had to develop new processes that will compress and digitize the mission’s downpour of data.

The team knew that not all of the detectors would pass their stringent tests, so they ordered more than the mission requires and will use the best ones. But the extra detectors won’t go to waste – some are destined to serve as the eyes of other telescopes that have more lenient requirements, while others will be used for additional testing on the ground.

Roman will create enormous, high-resolution panoramas of the infrared universe, building on the Spitzer Space Telescope’s groundbreaking observations and complementing the James Webb Space Telescope. Viewing space in infrared light is like using heat-vision goggles, helping us spot things we wouldn’t be able to see otherwise. But doing so requires precise and extremely cold detectors.

The Nancy Grace Roman Space Telescope is a next-generation observatory that will survey the infrared universe from beyond the orbit of the Moon. The spacecraft's giant camera, the Wide Field Instrument (WFI), will be fundamental to this exploration. Watch this video to see a simplified version of how it works.
Credits: NASA's Goddard Space Flight Center/CI Labs
Download high-resolution video and images from NASA’s Scientific Visualization Studio

“Space is very dark, and everything gives off infrared light according to its temperature,” said Dominic Benford, the Roman program scientist at NASA Headquarters. “Roman’s telescope, camera, and detectors all have to be cooled so that they are darker than the universe they’ll be looking at.”

Since we can detect infrared light as heat, Roman’s detectors will have to be supercooled to a frigid -288 degrees Fahrenheit (-178 degrees Celsius). Otherwise heat from the spacecraft’s own components would saturate the detectors, effectively blinding the telescope. A radiator will redirect waste heat from the spacecraft components away from the detectors out into cold space, ensuring that Roman will be sensitive to faint signals from distant galaxies and other cosmic objects.

The combination of Roman’s fine resolution and enormous images has never been possible on a space-based telescope before and will make the Nancy Grace Roman Space Telescope an indispensable tool in the future.