Is our solar system located in a typical Milky Way neighborhood? Scientists have gotten closer to answering this question, thanks to the NASA-funded Backyard Worlds: Planet 9 project, a “citizen science” collaboration between professional scientists and members of the public.

Scientists tapped into the worldwide network of 150,000 volunteers using Backyard Worlds: Planet 9 to find new examples of brown dwarfs. These objects are balls of gas that are not heavy enough to be stars, since they can’t power themselves through nuclear fusion the way stars do. And while “brown” is in the name, they would appear magenta or orange-red if a person could see them close up. By making a complete map of these objects, scientists could find out whether different kinds of brown dwarfs are evenly distributed in our solar system’s neighborhood.

Telescopes can detect brown dwarfs because they emit heat, in the form of infrared light, left over from their formation. Infrared light is invisible to human eyes, but it can reveal tantalizing details about brown dwarfs and other objects throughout the universe.

The result of the new citizen science effort is the most complete map to date of L, T and Y dwarfs in the vicinity of the solar system. These brown dwarf varieties can have temperatures of up to thousands of degrees Fahrenheit, but the Y dwarfs, which are the coolest, may have below-freezing temperatures and clouds made of water.

Since 2017, citizen scientists have been searching for brown dwarf candidates as part of Backyard Worlds, using data from NASA’s Near-Earth Object Wide-Field Infrared Survey Explorer (NEOWISE) satellite along with all-sky observations collected between 2010 and 2011 under its previous moniker, WISE. The Backyard Worlds team also collaborated with Caltech’s Summer Research Connection program to involve high school students in finding brown dwarfs. Both worldwide volunteers and high school students in the Pasadena, California, area are listed as co-authors of the study, which was presented at the 237th meeting of the American Astronomical Society.

While brown dwarfs are millions to billions of years old, this team of professional and citizen scientists had a much shorter deadline to find them. They knew that NASA’s Spitzer Space Telescope was the only operating observatory that could confirm the distances and positions of the brown dwarfs they were interested in, and Spitzer was set to retire in January 2020. It was a frantic rush to find as many brown dwarfs as they could so Spitzer could reveal their locations more precisely.

“Without the citizen scientists, we couldn't have created such a complete sample in so short a time,” said J. Davy Kirkpatrick, scientist at Caltech/IPAC in Pasadena and lead author of the study. “Having the power of thousands of inquiring eyes on the data enabled us to find brown dwarf candidates much faster.”

Professional astronomers then used Spitzer to observe 361 local brown dwarfs of types L, T, and Y, and combined them with previous discoveries to make a 3D map of 525 brown dwarfs. Besides the citizen science discoveries, scientists made use of CatWise, a NASA-funded catalog of objects from WISE and NEOWISE, to complete their census.

And there’s a surprise: One of our solar system’s neighbors – the galaxy’s coldest known Y dwarf, with temperatures likely below freezing – represents a rare resident in the cosmic neighborhood. Astronomers would have expected to find a lot more of them in the vicinity. But this may be because current telescopes aren’t sensitive enough to find them, since these objects are so faint. 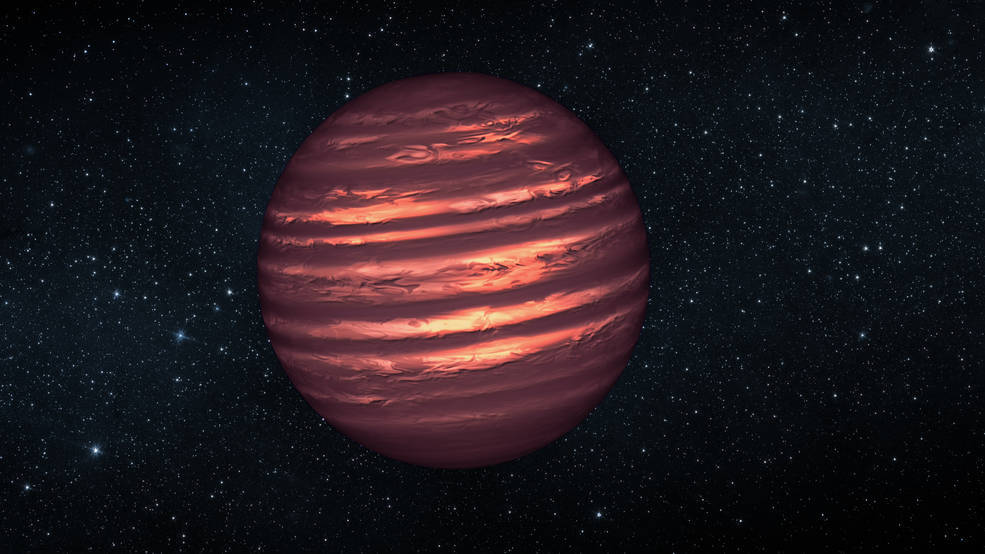 Artist’s conception of a brown dwarf, featuring the cloudy atmosphere of a planet and the residual light of an almost-star. Credits: NASA/ESA/JPL

“If you were to put the Sun at a random place within our 3D map and you were to ask, ‘Typically, what do its neighbors look like?’ We find that they would look very different from what our actual neighbors are,” said Aaron Meisner, assistant scientist at the National Science Foundation’s NOIRLab and co-author of the study. 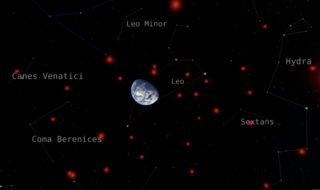 Citizen scientists and professional astronomers collaborated to find brown dwarfs in the neighborhood of our solar system. This image shows Earth surrounded by the nearest brown dwarfs, shown in red, against the backdrop of surrounding constellations. Credits: NASA/Jacqueline Faherty (American Museum of Natural History)/OpenSpace

So, is the Sun in an unusually diverse cosmic neighborhood, or is it just that nearby Y dwarfs are easiest to spot? Astronomers will need to investigate further to find out.

Some of these L, T, and Y dwarfs have masses and temperatures similar to exoplanets – planets beyond our solar system. Getting details about distant planets can be challenging because if they orbit other stars, starlight is a lot brighter than the planet. Since brown dwarfs in this study do not orbit stars, a telescope does not have to subtract starlight to look at them. This makes brown dwarfs a new kind of laboratory for understanding exoplanets.

Scientists will learn even more about brown dwarfs with NASA’s forthcoming James Webb Space Telescope, which will examine these mysterious objects in detail in infrared light. NASA’s upcoming SPHEREx mission, which will be an all-sky infrared survey, also presents new opportunities to characterize more brown dwarfs.

The Backyard Worlds: Planet 9 project is ongoing and open to anyone worldwide who wants to join the quest to find more mysterious objects in spacecraft data. In addition to a total of about 3,000 brown dwarfs, volunteers have helped find the oldest, coldest white dwarf surrounded by a disk of debris.

“I enjoy this project because the objects that we send to the researchers might get observed with a big telescope,” said Melina Thévenot, a citizen scientist in Germany who is listed as a co-author of the new study. “I think we volunteers can really see the fruits of our efforts with this project and the publications by the science team.”